From approximately 1915, a postcard, a hand-coloured black-and-white photograph showing Bothell Way heading west into Kenmore – and a misspelled Sammamish River. It’s very unusual to see a photo of any kind looking west from that far east! The rail line visible in the postcard is now Burke-Gilman Trail.

Below that, enjoy the same view – as best I could manage it – using Apple Maps. 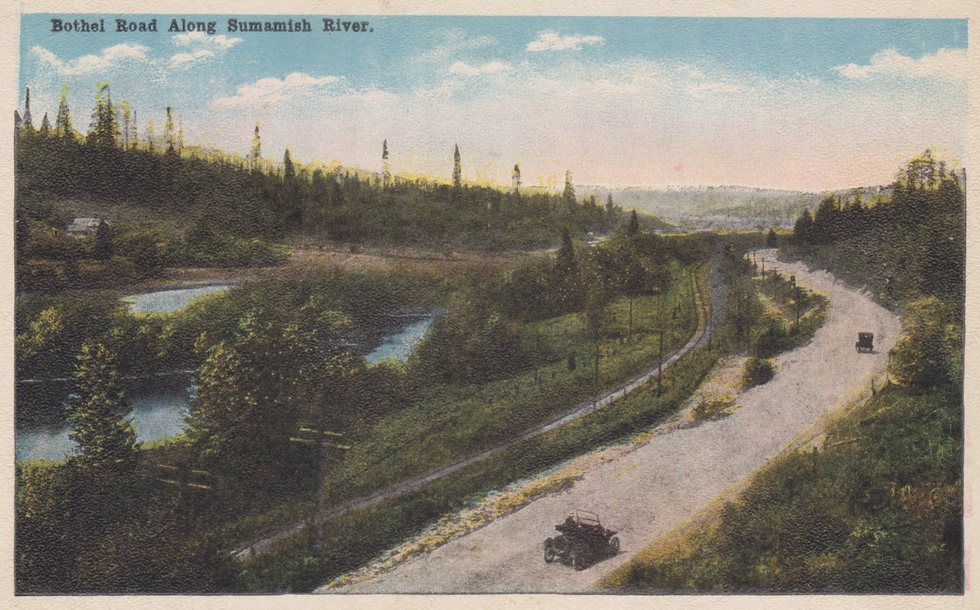 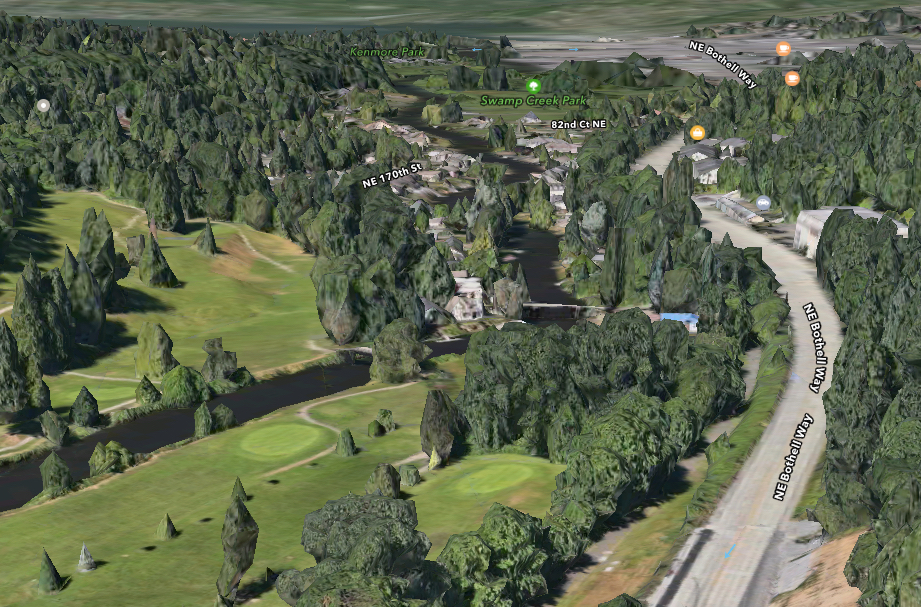 A little while ago, I bought a Japanese-made Korean doll which had been packaged away in 1971 – or so it appears, given that the copy of The Seattle Times used to pad it were from 1971 – and hey, look – an Uplake house for sale! 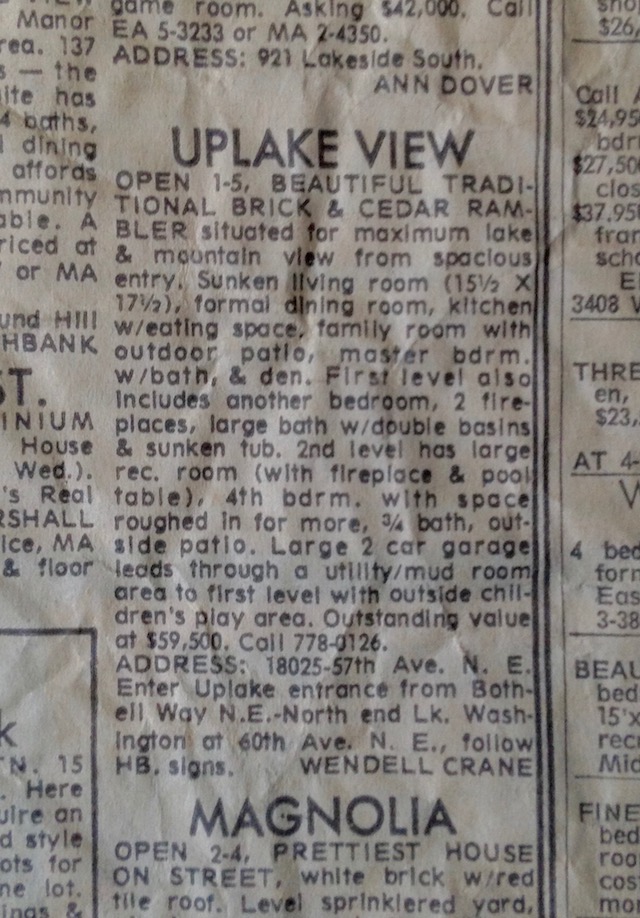 Also another house elsewhere in Kenmore – this one doesn’t have an address. 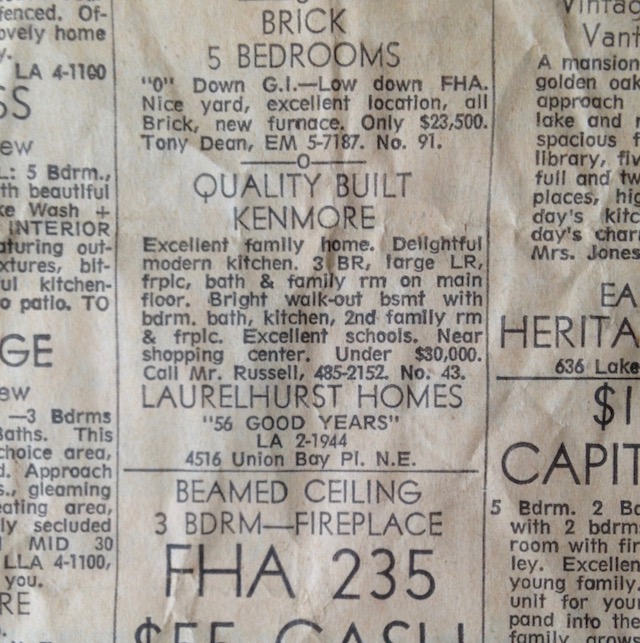 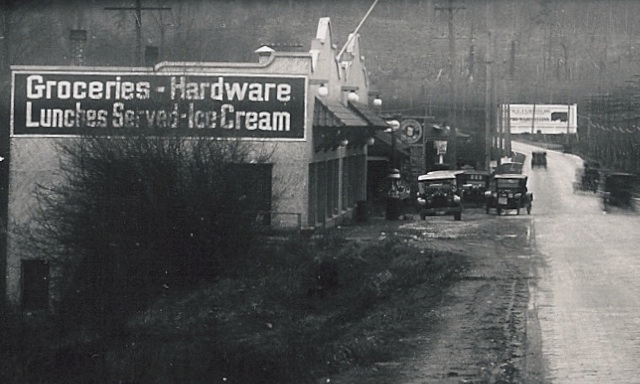 Photo Asahel Curtis, courtesy Shoreline Historical Museum
This photo shows business is brisk at L.F. Stetson Sr.’s general store in Lake Forest Park on a winter day in 1924. The store, located at the intersection of Victory Boulevard (Old Brick Road/Bothell Way/SR-522) and what will become Ballinger Way, was just west of what is now Kenmore city limits, and serviced customers in Lake Forest Park and Kenmore, on their way to Seattle. 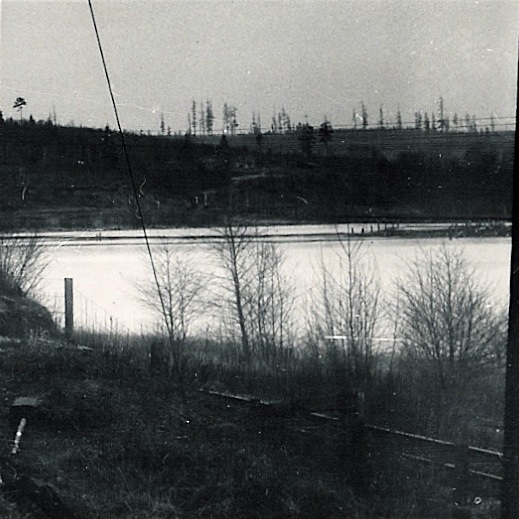 Photo Asahel Curtis, courtesy Shoreline Historical Museum
This photograph shows the Kenmore Log Boom in 1928, as seen from Victory Boulevard (the Old Brick Road, now Bothell Way/SR-522). This is now part of Log Boom Park. Tracks of the Seattle, Lake Shore and Eastern Railway, now Burke-Gilman Trail, can be seen in the foreground. 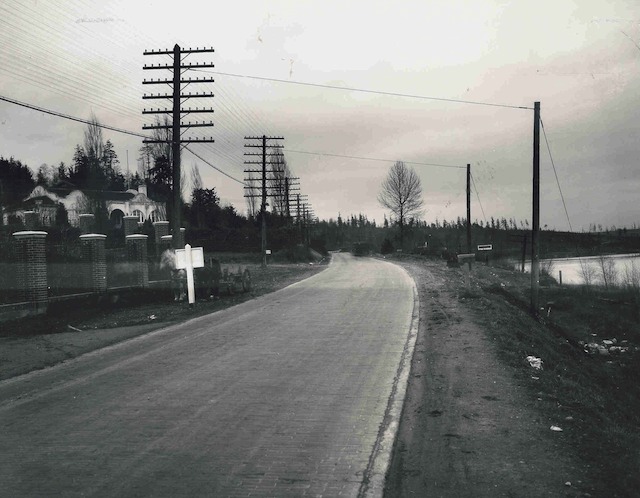 Photo Asahel Curtis, courtesy Shoreline Historical Museum
By this time, the Brick Road (now Bothell Way/SR-522) had been renamed Victory Boulevard after the Great War (now World War I). The curve in the road visible in the distance is in what is now Kenmore western city limits; Kenmore’s downtown, already present, is off camera to the right; if you look carefully, you can spot the gap in the trees marking Cat’s Whiskers Road (61st Avenue NE). Uplake would be laid out 25 years later, on the hill visible in photograph centre. 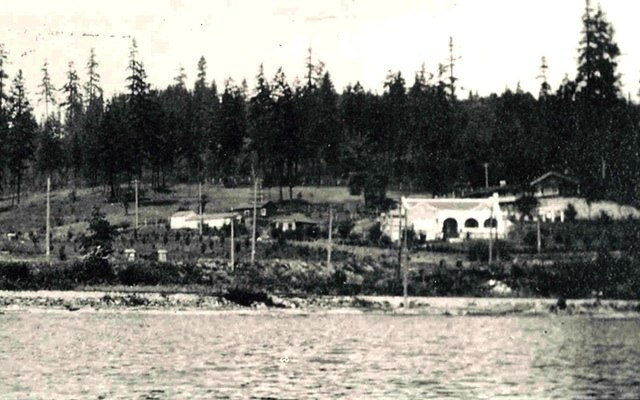 This 1915 photo of Lake Forest Park’s eastern houses shows the pre-lowering Lake Washington, along with the railroad which is now Burke-Gilman Trail, and Goat Trail Road heading off towards what is now Uplake, in Kenmore. Photo courtesy Shoreline Historical Museum. 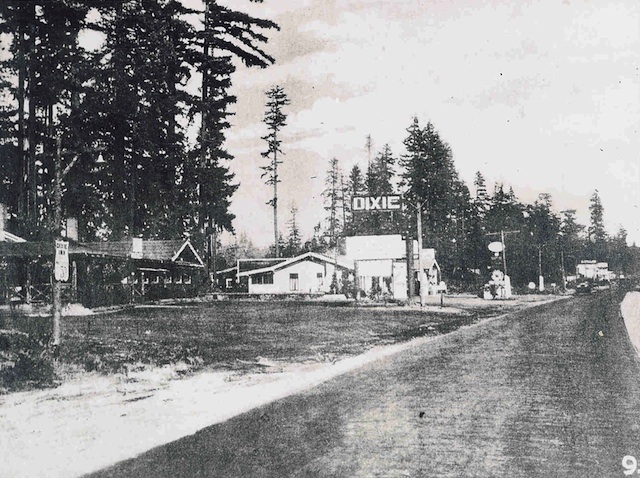 Prohibition-era Kenmore was a centre for Seattle-area country dining
(meaning drinking) and dancing (also meaning drinking). The Dixie Inn was one
of many such establishments.

Red Brick Road at Ballanger Way, looking west into Kenmore from Lake Forest Park
Kenmore’s downtown hill and eastern hill can be seen in the
background, as well as the northern tip of Lake Washington
(Photo Asashel Curtis, 1924, of the Stetson store in Lake Forest Park.
Image courtesy the Shoreline Historical Museum.) 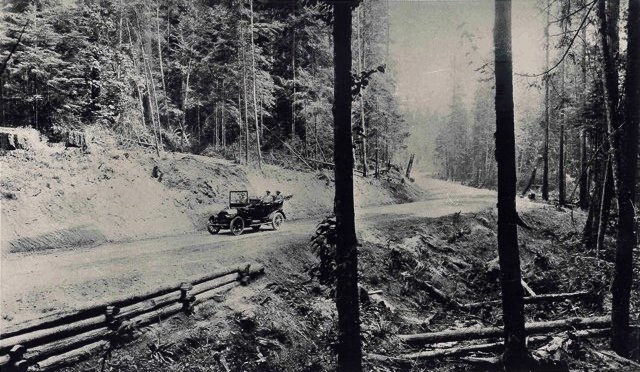 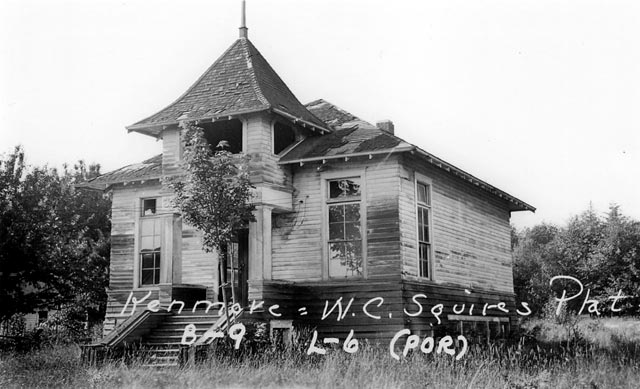 The original Kenmore schoolhouse had not been in
use for many years by the time this photo was taken;
it was later put back into good order. 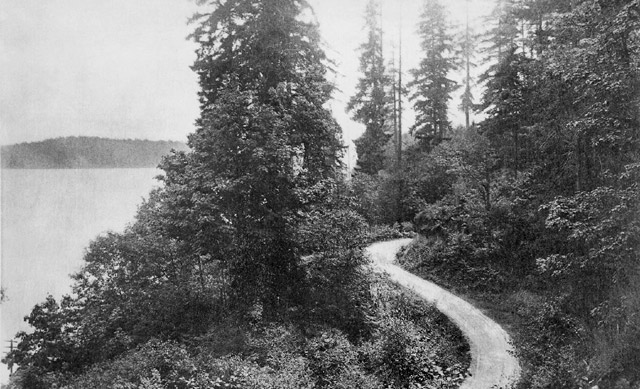 Goat Trail Road (NE 178th/NE 182nd) as seen in 1910
from the western boundry of what is now Uplake.
Photo Asashel Curtis, 1910, for the North Seattle Improvement Company.
Image courtesy the Shoreline Historical Museum. 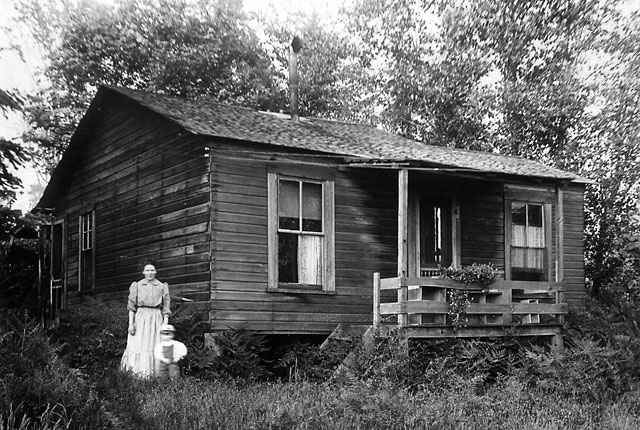 McMaster Shingle Mill worker's shack, circa 1914 (From the collection of Priscilla Droge)

We speculate that the white areas are snow, already melted off the trees; it was a particularly snowy winter. The road along the bottom of the photo is Bothell Way, and the road on the far right Cat’s Whiskers Road, or 61st Avenue NE. 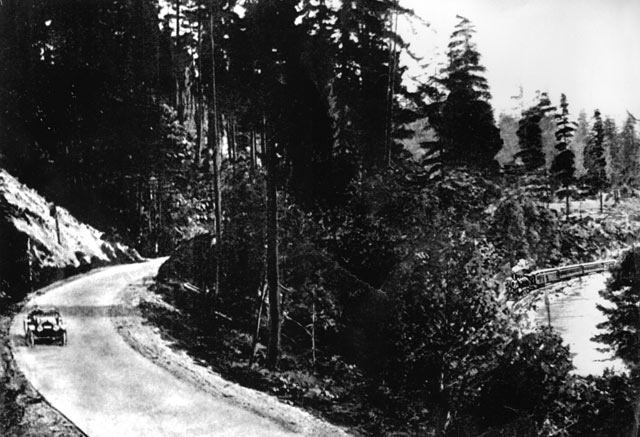 (From the collection of Priscilla Droge) 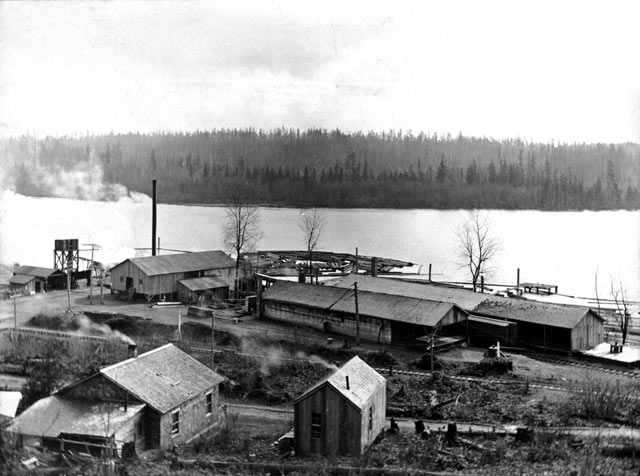 McMaster Shingle Mill, circa 1909 (From the collection of Priscilla Droge)